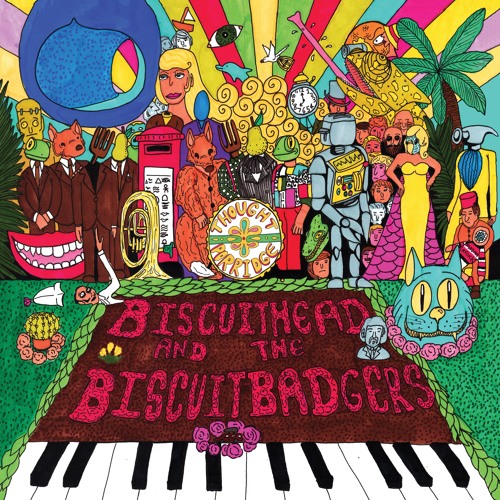 You probably realise that I like stuff like this. Plastic Jeezus, Jeff Japers, Tyrone & Lesley, that sort of thing.

Biscuithead & The Biscuit Badgers are one of those sorts of bands that defy explanation, probably best not to try and explain, a bit like Bonzo Dog & His Doo Dah Band. Slightly off the wall. But, once you get into accepting the madness and surrealism, it's really very funny.

I first saw them at GNUF in 2017 and loved them then, brilliant on stage, and brilliant on CD too - with added dimensions, more on that later.

There's some observational comedy here, but to be fair, mostly, it's just a bit bonkers. What genre of music is it? Well, there's a kind of 12-bar, there's some rap/R&B, almost everything is here. 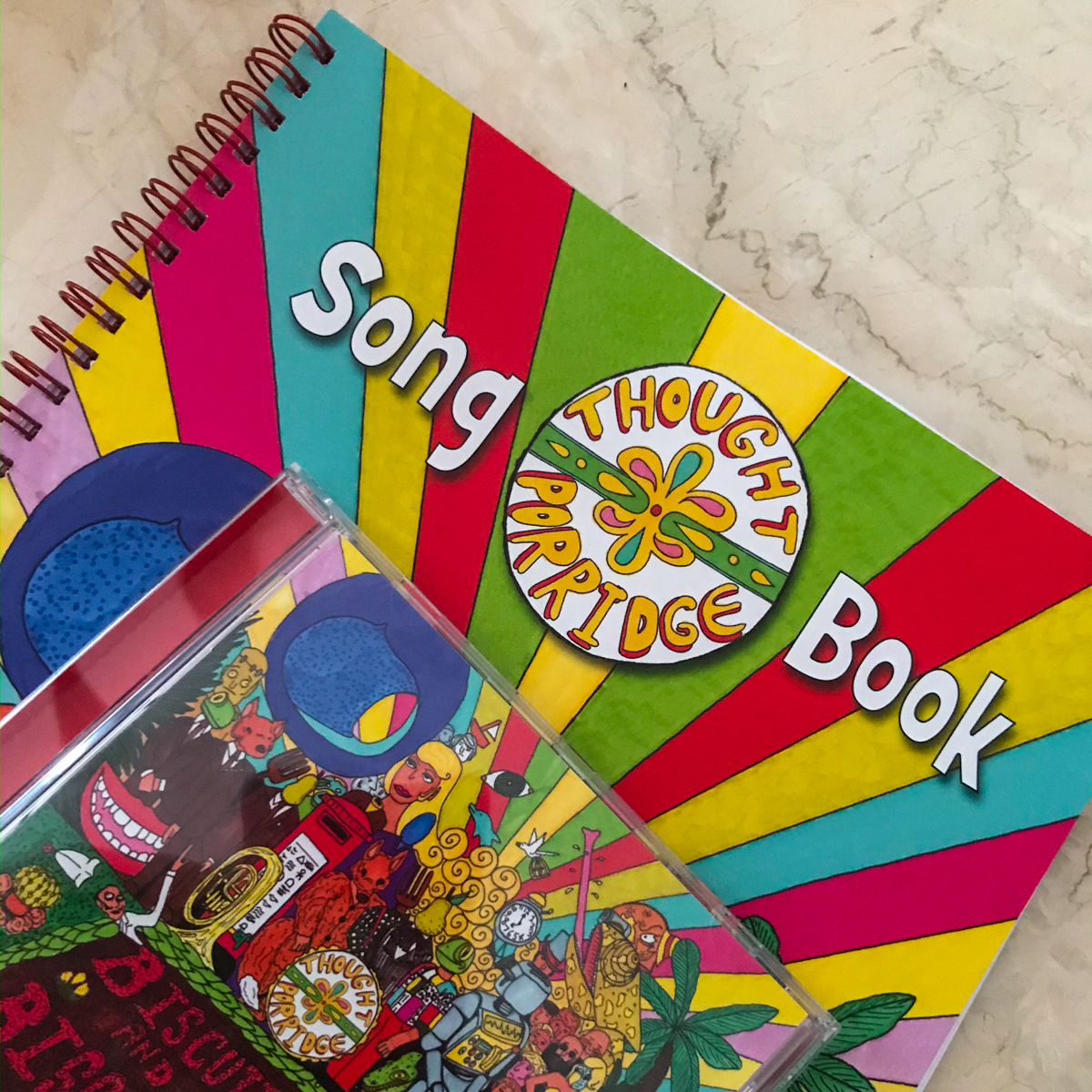 "Venus Flytrap" is actually educational. I had never realised how the plant worked, if you want to know too, then give it a listen.

So a summary: Royal Park Road appears to be a road in Leeds where taxi drivers never indicate. A dog's hand won't fit up your nose. Peas are stealthy and silent. Both Sam Biscuithead and I used to be bakers (I really was). Cats watch model railways from the windowsill. A venus flytrap individual trap life is usually three closures. Bison don't make good presents. The tube is a great idea. You may not need to wear a hat. There's a man in the shower. I like Euphorbias. Make sense of that, you're halfway there.

Great for us, they are named after biscuits, and a cat is mentioned in "Model Railway". The album costs just £5 and is available from Biscuithead's web site. There are three other albums too, so go for it while you're there! If you use the code CAT when you order, the Biscuit Badgers will send you a free Teeny Weeny Zoetrope as a special gift for getting there from here!

But, it gets better. There's an accompanying book to go with the album - indeed, they have one for a previous album too. It's got the words, chords and for the real musicians, those funny lines and dots. What's great is that you can not only follow the words (these are also included in the sleeve notes of the CD anyway), but you can play along. The braver (or foolhardy) amongst us can take the book and play at an open mic, or maybe your ukulele group would be interested in performing "The British Cactus & Succulent Society" to The British Cactus & Succulent Society at one of their fascinating evenings.

Go back to"David Attenborough" from one of their previous albums to see a Biscuithead classic.

Take a look at the video here to get more of an idea of what you get if you buy the book & the CD.


I've added an update to the original review - use the order code CAT to get a free zoetrope when you order from their website.