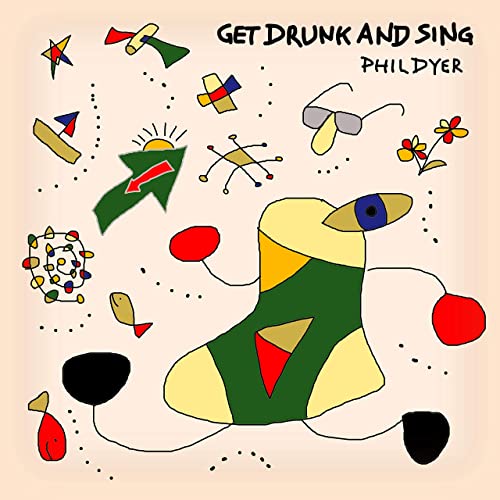 Phil Dyer - Get Drunk And Sing

Phil's one of the guys who is recognisable around the ukulele world, getting involved in all sorts of stuff. Now, he's released an album.

Recorded during lockdown, most are what he calls "back bedroom" recordings, but they are well done.

Titled "Get Drunk And Sing" maybe it's not the best advice for all of us* (!), but 'Sing' is the inspiration for the title of the album, with what sounds like an eight string ukulele, some light percussion and featuring mouth trumpet.

The first song had a country vibe to it, but the second one 'Free Speech Song' goes a bit more Chas & Dave, sentiments we've all often felt with people in pubs offering their opinions, or more likely in the last few months, online!

Phil shows a command of different genres as 'Sunshine' starts with a Elvis Costello vibe and drifts into standard rock'n'roll. Nice multitracking and harmonies, too. 'Letting Go' chills us down a little more with a uke solo in the middle as a break.

Real world - 'The 78s' - my dad used to complain about my music, although it wasn't 78s, it was more like The Pretenders and Toyah at the time! Can't knock a song that gets "top of the pops" into the lyric. Love it.

'My Home Town'. Oh dear. Did you grow up in the same place as me Phil, it certainly sounds like it? - until you get to the last verse. Mine's better left in the past, I think!

The last two tracks are studio recorded with some added bass work and vocals. 'Tell Everybody' has a bit of a "do wop" vibe. A little bit Showaddywaddy! 'Thank You Very Much' closes the album with a thankful smile.

Overall, it's a great album with some great contrast, uplifting songs. Phil is a remarkable songwriter, so varied and versatile.

Phil has helped with what we are missing this year - festivals, and lots of ukulele players getting together playing their music. This album is crafted with real instruments throughout. Certainly the home recorded tracks give that feel you get at the open mics when people present their own songs. 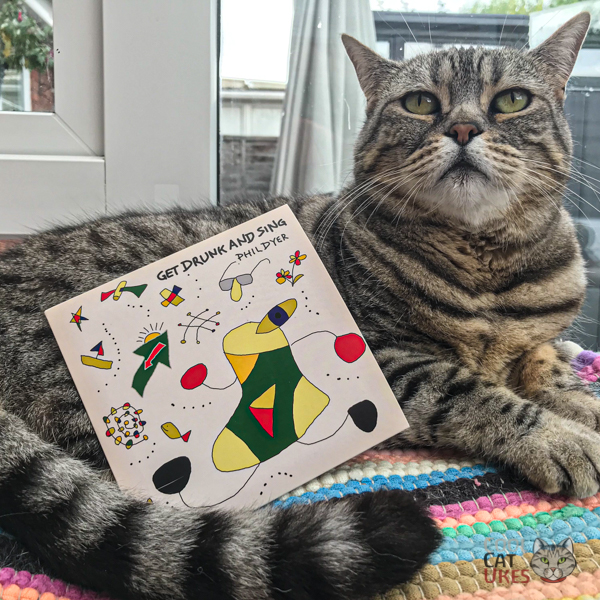 Find Phil on faceboook or email him at philipjohndyer@gmail.com, or see him around the ukulele circuit and buy an album. Proceeds from the album are being split between the MS Society and the PACE school for children with cerebral palsy. £5 plus £1 p&p. MS Society is unplugthewood's chosen charity too, so maybe buy a CD from Phil, and give a little that way?