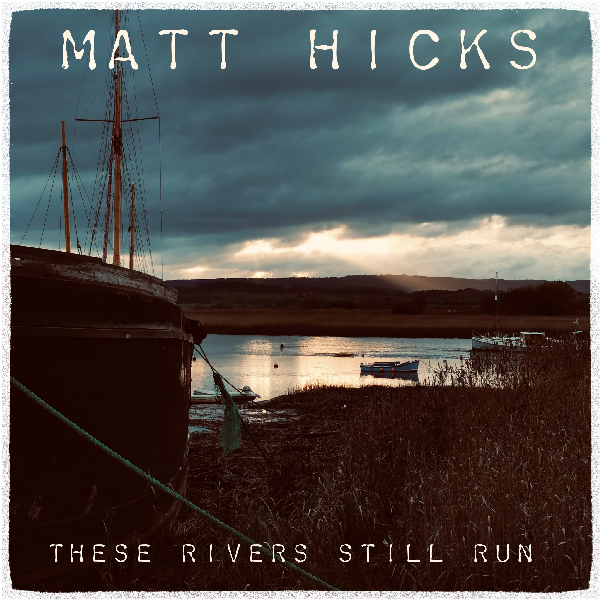 Matt Hicks is someone who has made a name for himself around the online ukulele scene, for his antics within the Navy - even featuring in an MOD promoted video, as part of various groups, one of the protagonists of the inspirational "Weird Covers" challenge group, and also the creator of the monthly "Uke To Bridge" challenge.

He frequently appears in many videos online, but this album is many steps above all that.

First, there are a lot of blues albums out there, this shouldn't really be dropped into that category, if you'd seen Matt online, that might be what you are expecting. I was trying to think of a genre, I came up with Blues/Americana/Folk, and not wanting to offend, I checked with Matt who gave me "folk,country blues with a hint of jazz.". That'll do.

Most of this sort of music out there - especially in the ukulele world - is covers. This album features all original and exceptional songwriting. I'm sure others will queue up to cover Matt's songs, I could also visualise some of his songs being used in TV drama and production.

"The Tree" is my standout track, with some superbly sympathetic violin. Not every track on this album is ukulele, Matt features well-chosen instrumentation with light percussion, guitar, violin and mandolin as well.

I've known Matt for a while, but this album has knocked me sideways a bit. Why? - his vocals. He's note perfect throughout and has a most expressive voice, with (to me) hints of Bryan Adams, his voice adapts to each song perfectly, sometimes gravelly with a break, sometimes plain smooth. Add to that the exemplary songwriting and singing his own songs, it's a sublime combination.

The album is produced by Phil Doleman, one of the standout gentlemen of the ukulele world. He's got a good ear for quality audio and production, and I'm sure the album is better for it.

Find Matt Hicks his website, the album is directly linked on bandcamp. Give it a listen.

1. Daughter of a Heathen Man
2. Tradewind
3. Outrage
4. The Night Brings the Best Advice
5. The Tree
6. Read Between The Lines
7. Tyburn Days
8. When The Curtain Falls