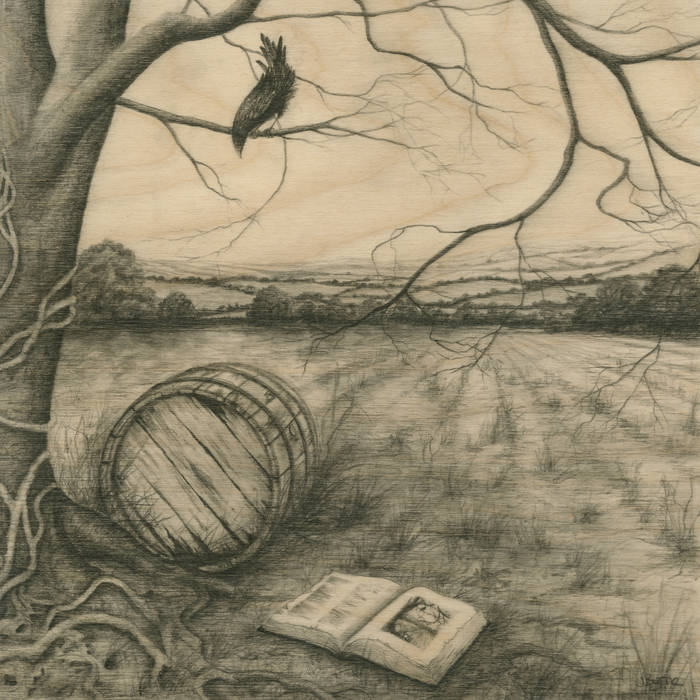 The Lost Trades - The Bird, The Book & The Barrel

I've just come back from the GSMC Music Awards (where The Hedge Inspectors won in their category for Best Duo), and one of the winning bands was The Lost Trades for this album. They played a set and were so impressive that I immediately bought the album by the second song.

They are a trio comprised of Jamie R Hawkins, Tamsin Quin & Phil Cooper. They started off with "One Voice" - but each of them singing individual harmonised voices. Tamsin played the conga drum, Phil on guitar and Jamie the bass guitar.

Every song they played, they swapped instruments with cajon, glockenspiel, ukulele and others being used. Everyone played guitar or bass guitar at one point. The ukulele admittedly doesn't feature on the majority of tracks, but listen to "Oaks" for the best example of the cliche 'less is more'. Always, each voice or instrument has its own place in the arrangement.

Each musician features equally as a soloist, and each track on this album is well crafted with instrumentation where it's relevant, nothing is over the top. The album is a delight for detailed or background listening. The band call their music "modern folk", although it's bordering on pop in places. Lyrics are clear and meaningful.

This album would get a "Cool Cat Ukes Recommended Album Award", but for the fact it's not really a ukulele album. This is primarily a ukulele site, so the fact it's included here at all should be taken as recommendation in itself.

Some of the guitar riffs are remininscent of Fleetwood Mac, there are delightful harmonies and unique songwriting.

"Robots" is probably my favourite track, the words a story as most of the songs are. The story is in some ways like a song I wrote last year called "Microcomputer", warning of where all this technology could leave us. (although "Robots" is a better listen, and nowhere near as horribly dark as mine...).

Find The Lost Trades on their website, their YouTube channel is also worth subscribing to. The CD copy of the album comes with a nice lyrics book too, pure poetry.