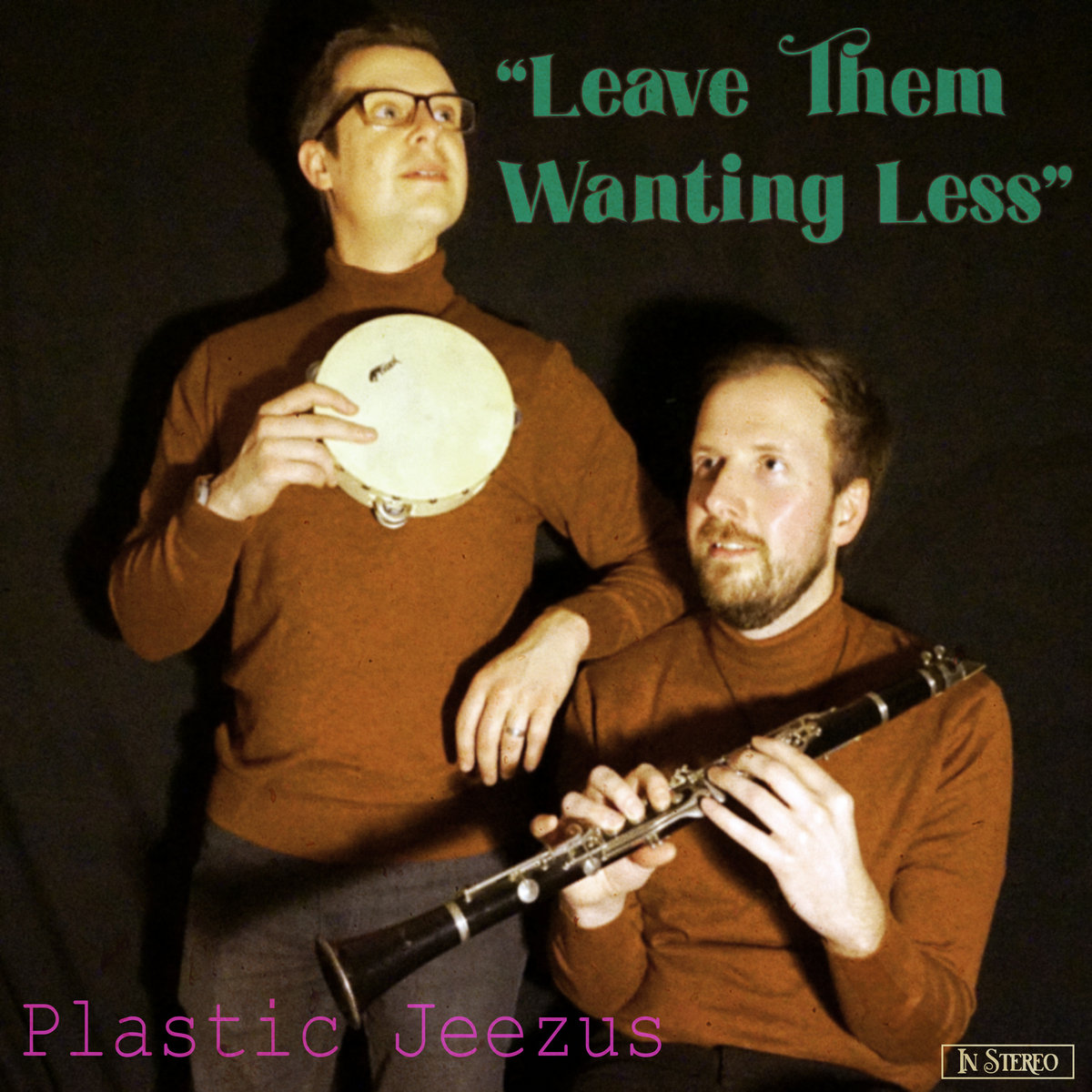 Well, it was inevitable. Another winner from Plastic Jeezus. The lads (Simon Fernand & Aaron Roberts) from Bournemouth with the impeccable fashion sense have now caused me to search for polyester turtle neck sweaters. If only C&A was still open.

They've got better with this one. Recorded in a studio and mixed by Aaron (the one with the clarinet), the album features a huge range of instruments and styles. In the majority Simon plays ukulele and Aaron plays bass, but even George Bartle muscles in with a trumpet on "The Fortune Teller", and there are synths, organ, piano and many others on this delightfully varied album. Between them, they seem to play just about anything, the construction of the songs is faultless and the originality of the songs and subjects is inspired. Even the album cover, taken by Simon's wife, Jenni is brilliant. As a photographer, getting the lighting just badly right to evoke that 70s feel is hard.

Swing, punk, jazz, pop, hip-hop, it's all there. Even a smattering of rap.

I don't want to give away the jokes and punchlines but I have to say that after "E For Effort" I have discovered that not every bed is a flower bed. I made a hell of a mess. I just sold my old fish tanks on facebook marketplace. I could have helped there. As for "Hold Music" it's observational comedy at its best. This is a comedy album after all. Don't buy secondhand spectacles from Aaron. There's a bountiful bellend in the from of "My Angle". As for "The Fortune Teller", I never saw that coming. I imagine that Plastic Jeezus have the same opinion as me of astrology. Word. I'm off to Tesco.

If some of the above paragraph doesn't make sense to you, then buy the album and it will become clear.

My favourites have to be "The Beat Extravaganza" - reminiscent of the Beatles in their psychedlic period, but the winner is "Middle Class Punk". Story of my life.

Sing along with "Jamie's Tongue Twizzler" if you can.

This is the best thing they've done, but that doesn't mean that you shouldn't bother with the older stuff. You can get this album and the others as CD and digital downloads from their page on Bandcamp. Do it. It's in stereo too. They also are featuring at many festivals and gigs around the country. Go and wear your brown turtle neck (buy it here) with pride.