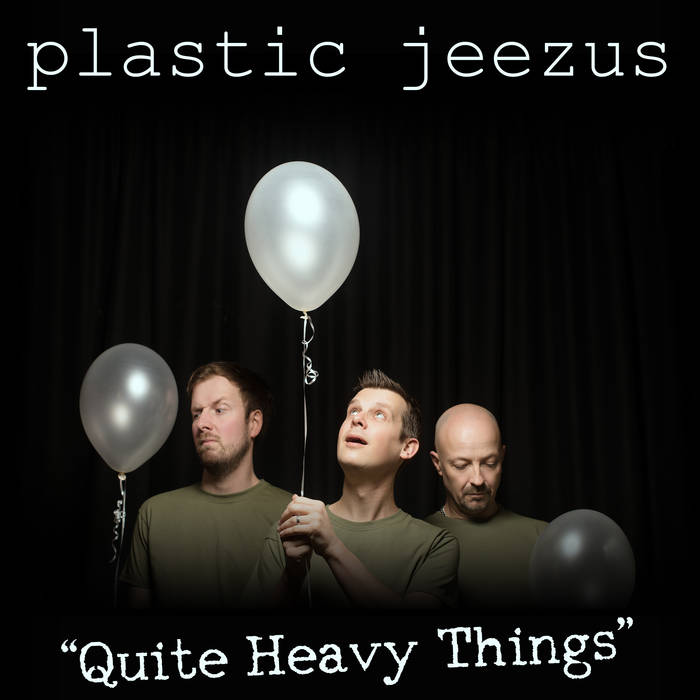 We love Plastic Jeezus. Full disclosure I think is what they say. Simon Fernand, who writes most of this stuff, is who I want to be when I grow up. Plastic Jeezus are a three piece band with Simon on the Uke, Aaron on bass and Dave on drums. They are based in Bournemouth and are often gigging around there, but also nationally at festivals.

Just as the album starts dramatically with a courtroom drama, "The Ballad Of A Petty Criminal" opens out into the familiar Plastic Jeezus sound, with some poor fellow being punished for dealing with many of the things we want to deal with on a daily basis.

Simon and I are serial online moaners (we call it "reviewing"). In fact, we both stayed in a terrible hotel at the same time at one point, and I beat him to it with my tripadvisor review, one of my classics. I'm very proud. If you are going to review something, and it's bad, deal it out with great levels of sarcasm. That's the trick. "Moaning With Pleasure" is about that sort of thing, you know.

I guess "A Father's Advice" is the sequel to the last song, but is that some sort of 70s Hammond organ on there?. As the last album, Plastic Jeezus' songs are like stand up comedy, but in musical form. So if it's on CD, it's round up comedy? I don't know. Simon would have the right answer. I'm still trying to work out that anagram. I'm going to hit someone...

"Leg Day". We all know one of those fitness fanatics. They come into the office, huff and puff, groan, then say "it's leg day". I don't care. Neither do Plastic Jeezus, either.

One of my open mic cover songs is now "Part Crustacean". Brilliant punchline at the end.

"Patchwork Covers" is allegedly a demo, but it's not that bad! - OK, the production's not as good as the rest of the studio recorded EP which is excellent, but it's fine. 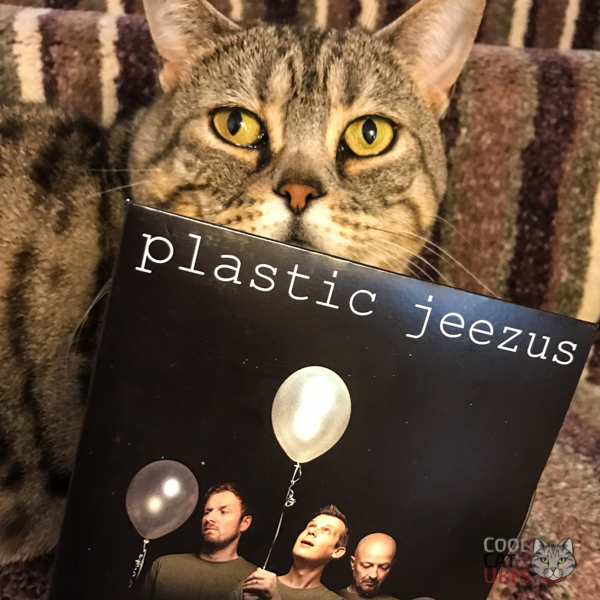 Plastic Jeezus - you've done us proud with another great recording. Top marks - only doesn't get a "Cool Cat Ukes Recommended Album" award because it's an EP. We want more!

Plastic Jeezus' music is what the ukulele was made for; fun, jaunty and catchy. As a friend said to me, "we are not here for a long time, but for a good time". This EP helps.

Find Plastic Jeezus on bandcamp, buy this and their first CD when you see them - which you must!