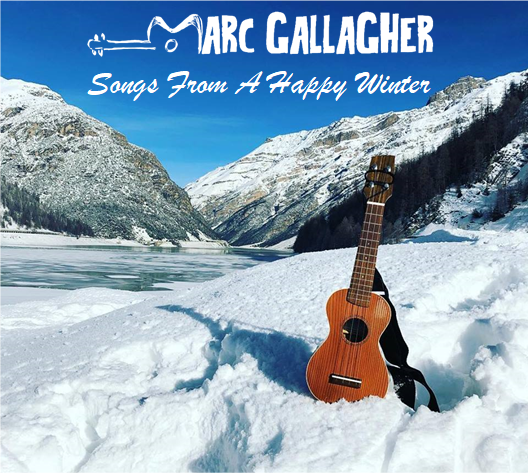 Straight away, this album is a fully arranged album, employing other instruments (all played by Marc, except for the drums) and some nice vocal treatment. From the get go with 'English Country Day' you can tell that Marc has stepped up his game a good few notches.

In the review copy I got, each track was accompanied with some notes about the origin of the song - this is included with the CD, a very nice touch. 'Who Wants Some Booze' takes us upbeat, but it's good to hear that Marc is teetotal.

Listening to the album, it's clearly taken some work in arrangement and mixing, a good job has been done, I know it's not easy. When you perform all the instruments yourself and multitrack, keeping a spontaneous, non-mechanical flow is tricky, and Marc's got that nailed. It's not over produced, the right amount of reverb in the right places.

'10 Years That Made Me' is a nice story, in a lot of ways the whole album is like this - autobiographical. the track itself has a lovely resonating bass, on the right audio system it reaches out really well. Jamie Alsop (who also plays drums on the album) of Voltalab Sound Studios in Rochdale deserves great credit for the recording and mixing on the album, but on this track especially.

Marc has spent a fair time in Germany, and he's included a couple of tracks in German, inspired by those times no doubt. 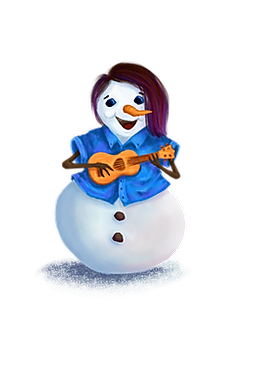 All in all, Marc's made an album that isn't just another ukulele and solo voice. It's thought out good music that grows on you like a good album should. You get the feeling that Marc could choose where to go from here, look out for a new Gallagher in the music scene. A top notch album on all fronts.

Do you know what? I'll be honest. I had reservations about "Songs From A Sh*t Summer", "Level Up" was a lot better, but I can't fault this one. A good blend of Pop, Rock and a touch of folk. Easy to listen to, easy to get into. We don't want to hand these out a lot, but even if we wanted to hold back, we can't not award Marc the "Cool Cat Ukes Recommended Album Award".

Seek Marc out at www.marcgallaghermusic.com.